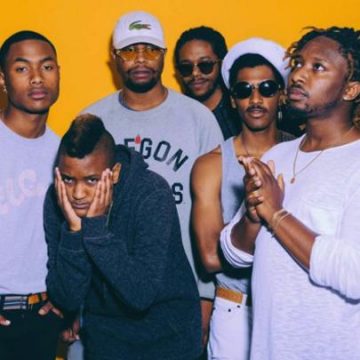 The Internet have come a long way from being that band from Odd Future. The neo-soul hip-hop groove collective formed by Syd tha Kid and Matt Martians have only grown stronger with each release, building big mainstream hype with their third studio album Ego Death, including a Grammy nomination for Best Urban Contemporary Album. Featured artists on that album include Kaytranada, Vic Mensa & Janelle Monae. Before finding their niche with Ego Death, The Internet gained steam from cooking up remixes for artists such as Lana Del Rey, Charli XCX and alt-J. Another big move for the band was playing London with Mac Miller in 2013 to promote his Watching Movies LP. Expect bigger, deeper thangs.