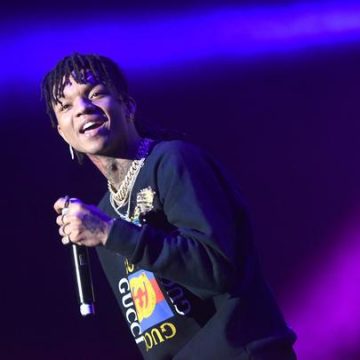 Swae Lee is one half of the rap duo Rae Sremmurd, a group which he shares with his older brother, Slim Jxmmi. Based out of Atlanta, Swae and his brother first started to gain prominence after signing to MikeWillMadeIt’s label, Drummer’s Ear, the original inspiration for their name. Their songs are characterized with strong production (not surprising considering who they’re signed to), and impossible to forget hooks, delivered in their high-energy, and high-pitched, flows. As the duo’s resident hook-smith, Swae has found his way onto several big collaborations with other artists, though often without the help of his brother Jxmmi.   That being said, Rae Sremmurd is a group for a reason, and the two brothers truly bring out the best in each other. Photo Credit: Scott Dudelson/Getty Images