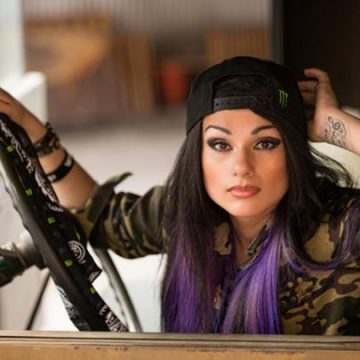 Among the number of female artists to jump into the hip-hop scene in recent years is Snow Tha Product. The San Diego native began her music career in 2007 and she has since released numerous projects – the most prominent of which being her 2011 independent debut album “Unorthodox” that featured hit singles “Drunk Love” and “Woke Wednesday”.She has collaborated with several notable artists including DJ Paul, Krizz Kaliko, Tech N9ne, Trae the Truth, The Cataracts, Chuckie, CyHi the Prince, Dizzy Wright, Ty Dolla Sign, Layzie Bone, and others.In January 2014, she announced the “Fuck Your Plans Come Kick It” tour. She dropped her “Good Nights & Bad Mornings 2: The Hangover” mixtape in October 2013 and she is working on her debut studio album that is expected to drop in 2014. Stay posted for specifics.