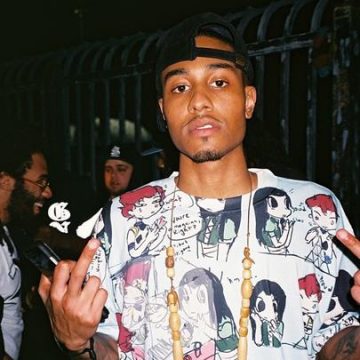 Sir Michael Rocks started off as a part of the rap duo The Cool Kids, which released their debut album, When Fish Ride Bicycles in 2011. That same year, Mikey started releasing solo mixtapes; by 2013 he had released 6. He was also featured on other artist’s tracks including Dom Kennedy, Ski Beatz, Sean O’Connell, Curren$y, Rapsody, Dizzy Wright, and Freddie Gibbs. His studio album, Banco, released in the summer of 2014 featured artists, Too $hort, Mac Miller, Twista, and Iamsu. In September 2015, he followed it up with the release of his Populair EP, further pushing the boundaries of his style and sound.