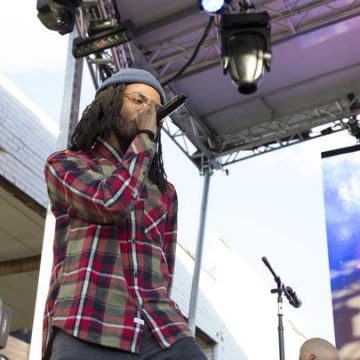 There’s no denying the level of success Chance the Rapper has seen, but it’s easy to overlook the people and the environment that helped get him to where he is. Chicago’s open mic scene has already produced a number of big MC’s: Vic Mensa, Mick Jenkins, noname, etc. Saba is a name that you might not think to put on that list at first, but you definitely already know who he is. He’s contributed two standout features on Chance the Rapper’s projects already, a verse on “Everybody’s Something” and that catchy hook on Coloring Book ’s “Angels”. As a solo artist, Saba uses his unorthodox style of rapping to good effect, delivering heartfelt verses detailing his experiences growing up on the Westside of Chicago. Expect to hear more from Saba in the near future.   Photo Credit: Brian Stukes/Getty Images