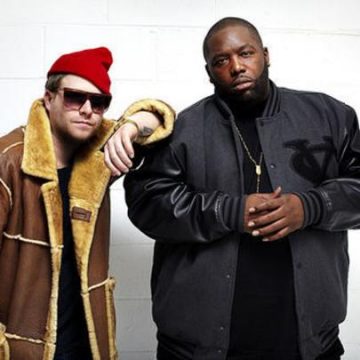 One of the most recent duos to form in the hip-hop game is Run the Jewels, consisting of Atlanta native rapper Killer Mike and underground star, Brooklyn-born rapper/producer El-P. The two joined together in 2013 after collaborating on tracks for their respective solo projects. They signed to Fool’s Gold and released their debut album “Run the Jewels” in 2013. The album was highly praised by many notable hip-hop critics including Pitchfork Media and Consequence of Sound.Because they formed so recently, the duo has yet to collaborate with many notable artists, but their debut album featured Big Boi and Prince Paul, among others. Both Killer Mike and El-P have collaborated with many big-name artists throughout their solo careers including Atmosphere, Aesop Rock, Das Racist, OutKast, Jay-Z, T.I., Consequence, and Yelawolf, just to name a few.In February 2014, Run the Jewels announced that they would begin working on their second album “Run the Jewels 2” after performing in Australia. They have not announced any specifics, but expect the highly anticipated album to drop in 2014.