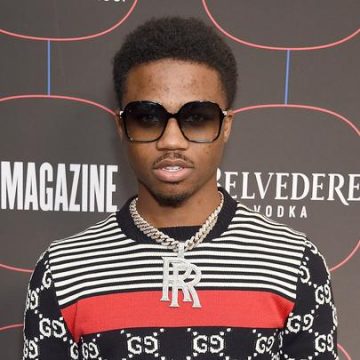 Roddy Ricch is the latest export from Compton, CA that has the music industry buzzing. Following the release of his 2017 debut mixtape, Feed The Streets, which included singles like “Chase Tha Bag” and “Fucc It Up,” Roddy caught a regional which garnered praise from the West Coast’s elite such as Nipsey Hussle and 03 Greedo. Roddy Ricch’s career launched into the mainstream in the summer of 2018. “Die Young,” a song he wrote the night XXXTENTACION died, became his breakout single. The song’s success, along with “Every Season,” helped solidify him as the new voice of the streets. Both singles landed on Feed Tha Streets II which arrived in November.Roddy Ricch is gearing up to become the next hottest thing in hip-hop. He’s already received a heavy co-sign from Meek Mill who not only brought him out during his set at the PowerHouse show in Philly, but also gifted him a Dreamchasers chain. He has songs with Young Thug on the way and recently appeared on the remix of Post Malone’s “Wow” alongside Tyga.