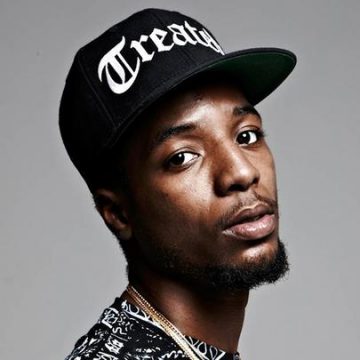 Chicago native Rockie Fresh, born Donald Pullen, came out with his first mixtape “Rockie’s Modern Life” in 2009 when he met his managers under APG Music Group. This would lead to his second mixtape, “The Otherside” in 2010 was featured on the TV show “Nikita” and got Rockie a spot in Metromix’s“25 Hottest Artists Under 25.” Rockie continued to gain buzz with help from online publications and blogs, proving the success of these projects. He started performing across the USA including the Bamboozle Festival, where he met Josh Madden. Josh Madden believed in Rockie Fresh as an artist and introduced him to his brothers Joel & Benji Madden of Good Charlotte. They featured the young artist on “The Madden Brothers : Before The Fame” mixtape. Rockie Fresh still wasn’t mainstream at this point, but he continued his push with the 2012 release “Driving 88,” which would prove to be his most publicized yet. This in turn lead him to sign with Rick Ross’s Maybach Music Group. In January of 2013, he released his first mixtape as part of MMG, “Electric Highway,” with features such as Rick Ross, Nipsey Hussle, Curren$y and Lunice. The following April, he released “The Birthday Tape.” In September of 2013, critics raved about how he was the highlight of the MMG compilation, “Self Made Vol.3.”  In December 2013 he drops a collaboration mixtape with fellow rapper Casey Veggies titled “Fresh Veggies.” The clever name and amazing features on this mixtape had the internet buzzing once again. We can’t wait to see what he has cooking up for 2014.