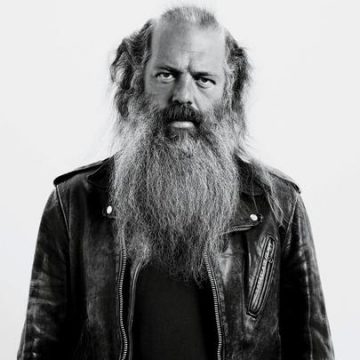 Rick Rubin is so influential that if you haven’t heard of him, you’d best be served keeping that information to yourself. This guy has done so much for hip-hop (and popular music in general) that this biography is going to just skip right ahead to the highlight reel:In his NYU dorm room, Rick Rubin co-founded Def Jam Records with Russell Simmons, the most important rap label in history.He discovered LL Cool J and The Beastie Boys, put them on, and produced some of their biggest records.While working with Run-DMC, Rubin introduced classic rock song structure to the band, essentially inventing what we know today to be a “rap song.”After leaving Def Jam, Rick descended into his trademark eccentric bearded antics, producing iconic albums for non-rap acts such as The Red Hot Chili Peppers, The Dixie Chicks and Tom Petty.After many years outside of the rap world, Rick produced “99 Problems” for Jay-Z’s Black Album, a high point in 2000s hip-hop.Today, he’s still one of the most respected producers in music, contributing production to some of the biggest albums of the last few years (Adele’s 21, Kanye’s TLOP, Ed Sheeran’s X, among others).The only thing Rick Rubin ever loses is weight. Def 4ever.