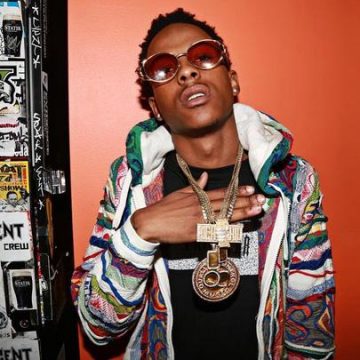 Rich the Kid is a rapper who grew up in Georgia with his mother, and in Queens with his father. He released his first mixtape in 2013, Been About The Benjamins, and later that year released two more mixtapes in collaboration with Migos called Streets On Lock volumes 1 and 2; a third volume was released in 2014. Rich The Kid has worked with many other artists including Young Thug, Rockie Fresh, Kirko Bangz, Yo Gotti, Riff Raff, Bobby Shmurda, Soulja Boy, Curren$y, Zaytoven, and Fetty Wap. He’s a part of the Quality Control roster.