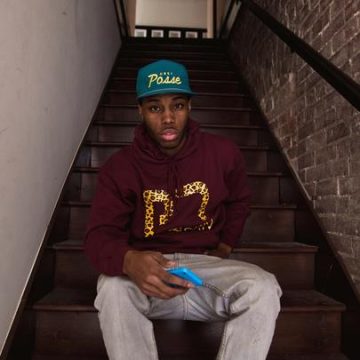 Privaledge is an emcee from Philadelphia, Pennsylvania closely affiliated with DJ Skee and Oklahoma City Thunder forward / occasional rap artist Kevin Durant. He’s released six projects since June 2010, having collaborated with Durant, Waka Flocka Flame, Trina, Nipsey Hussle, MANN, Kendrick Lamar and more throughout the the years.  Most recently, he borrowed classic instrumentals for a 5-track EP titled #BorrowDatBeat, which serves an appetizer before his upcoming mixtape with Skee and DJ Base, which is slated to drop in February 2014. According to the man himself, he’s your next favorite rapper whether you like it or not. Stay tuned for updates on the young lord’s career, and hit up privaledge.com for more details.