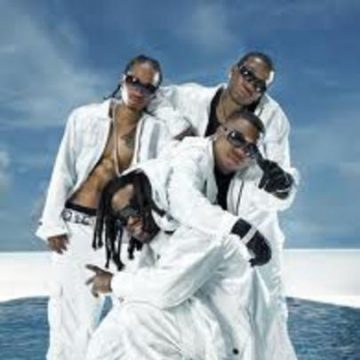 Five brothers from Miami constitute(d) the R&B and Hip-Hop act, Pretty Ricky: Baby Blue, Spectacular, Milk B, Slick ‘Em, and frontman Pleasure P. Of course, Pleasure P left to do his own thing in ’07, leaving the group to an array of replacement leads before eventually disbanding in 2012. But if you stroll back to Miami in 2004, you would note that Pretty Ricky’s R&B single, “Grind With Me,” never seemed to stop playing on the radio. While they had been active since ’97, their debut album, “Bluestars,” saw it’s release in 2005. Although that was nothing compared to their follow-up, “Late Night Special,” which topped the billboard. They have toured with Omarian, Chris Brown, and Bow Wow. Their third self-titled outing, unfortunately, barely charted. After trying out a few other frontman, Pretty Ricky disbanded, leaving plans for their fourth album and sequel to Bluestars up in the air. However, in 2012, original frontman Pleasure P stated that a reunion with all the original members is in the works.