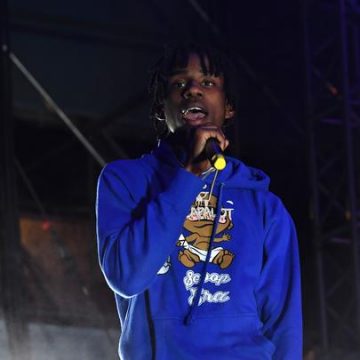 A student of the Drill Movement, as popularized through artists like the trendsetting Chief Keef, Polo G has emerged to carry on tradition. Born in Chicago Illinois during a time where the threat of Y2K cause genuine concern, Polo G has solidified himself as a budding voice in the game, winning the bulk of his fans through a grassroots YouTube movement. His breakout song “Finer Things” currently sits at 56,360,350 views, and the accompanying caption highlights the DIY charm of his rise: “Unsigned Unmanaged 19yrs old North aside of Chicago Artist Polo G.”While his flow evokes shades emotional “Battle Cry” reveals a depth of vulnerability to his character, and the heartbreaking lullaby that is highlight single “Through Da Storm” proves that Polo G is only flirting with his full potential. Already wise beyond his years, the young rapper appears destined for greatness. Give his Die A Legend album for a better understanding of what he’s bringing to the table. Cover image via Larry French/Getty Images