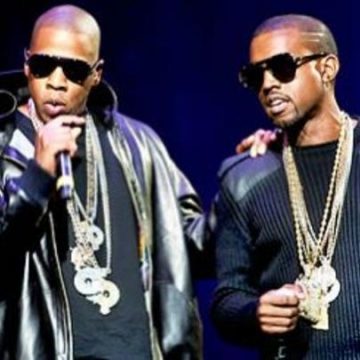 As far as rap giants go, it doesn’t get much bigger than Jay-Z and Kanye West. No mentorship is more coveted and examined in the genre. Jay-Z, already established as one of the genre’s biggest icons, brought Kanye from obscurity to the forefront and watched him grow into a hugely influential, controvertial, and acclaimed figure in his own right. Their relationship has been closely scrutinized and it was, at times, famously tumultuous. They have regularly collaborated with one another on each other’s albums, with Jay-Z popping up on nearly all of Kanye’s albums and vice versa, in addition to Kanye West’s longtime production of numerous Jay-Z tracks. They released their first collaboration together in 2011, featuring artists such as Frank Ocean and Beyonce and production being handled by a number of industry frontrunners, such as Q Tip and Kanye himself. The record also spawned a giant tour and many hit singles. Since the release of “Watch the Throne,” the two have uncharacteristically remained distant artistically, not collaborating on each other’s most recent albums, deliberately hightening the anticipation to their sequel collaborative album.