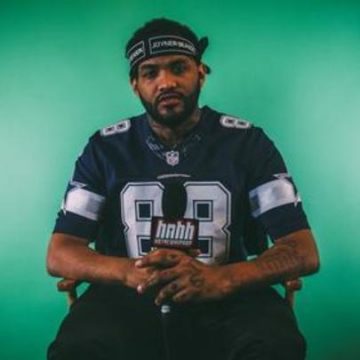 Some people think that today’s rappers lack substance, that they only talk about how much money they’re making and how much drugs they’re doing. However, those people probably haven’t listened to Joyner Lucas. Originally from Worcester, Massachusetts, Joyner has never been afraid to be brutally honest on a track; speaking to the issues that are commonplace when you’re growing up in the ghetto. His 2015 breakout song, “Ross Capachioni”, recounts the true story of the near-fatal shooting of the Detroit teenager of the same name. Over close to 8 minutes, Joyner tells the story about a “friendship” that wasn’t what it seemed, from the perspectives of both the victim and the perpetrator. He followed up with his infamous 2017 track, “I’m Not Racist”, which garnered equal parts praise and controversy for his look at racism in America, from the viewpoints of a black and a white person. If you’re looking for adept lyricism and honest tales of important issues, look no further than Joyner Lucas.