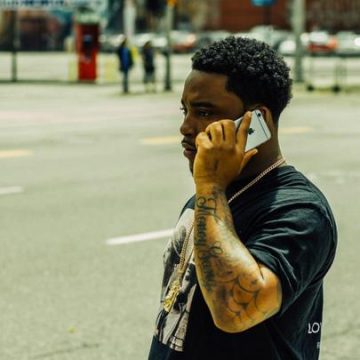 When a person defeats all the odds and ends up on top, there’s gonna be haters about with salt on their keyboards. Fortunately, Joey Fatts doesn’t let it faze him. A survivor of homelessness, gang violence, and family alcoholism, the Long Beach rapper-producer has seen things much worse than what the Internet can spit at him. Encouraged to rap in 2011 by his cousin Vince Staples, Master Fatts started crunching out mixtapes for the street ever since he gave up on his dreams of playing college football. Recording songs on a stolen laptop, Fatts was found online by the late/great ASAP Yams. This discovery brought the young hustler to the ears of Lord Flacko who used one of Fatts’s beats for “Jodye,” a bonus track on Long. Live. ASAP. Since then, Fatts has continued working with the ASAP Mob, and had the opportunity to collaborate with hip-hop immortals like Snoop Dogg, Danny Brown, and The Game. In March 2016, the California dreamer released his highly anticipated fifth mixtape I’ll Call You Tomorrow.