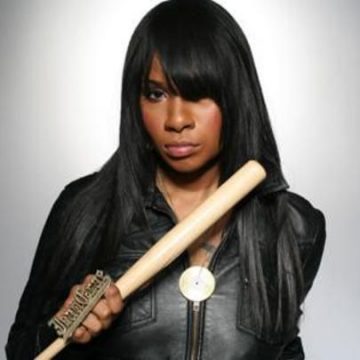 Born in South Africa and raised in New York City, Jean Grae is among the more prominent female hip-hop artists in the industry. She is well known in the NYC underground hip-hop scene and over the course of her career she has grown more and more popular around the world. Since beginning her music career in 1996, Jean Grae has released seven albums as well as various other projects.She has collaborated with countless noteworthy artists and producers including Atmosphere, Talib Kweli, Immortal Technique, DJ Jazzy Jeff, Styles P, Wale, Lil B, Joell Ortiz, Pharoahe Monch, Mos Def, Phonte, The Roots, The Herbaliser, Mr. Len, 9th Wonder, DJ SonicBass, Masta Ace, Da Beatminerz, and several others.In January 2014, she dropped an EP titled “jeannie.” as well as an audiobook called The State of Eh. She has yet to announce details for an upcoming project, but is working on her next album “Cake or Death”. Stay posted for specifics on the project.