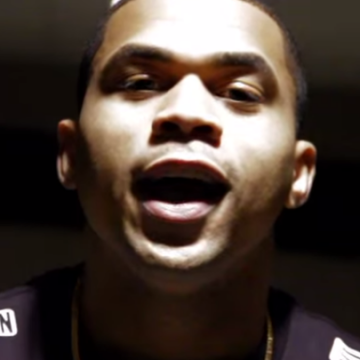 Fenix is a 24 year old rising artist from Jersey. He started writing music as an early teen and is widely recognized for having a unique style with complex lyricism. His musical inspiration is mainly driven by the death of his 7 year old sister. At a young age, Fenix and his family were involved in a 3-car accident caused by a DUI driver and his sister passed away in the hospital the following night. The man responsible for the accident committed suicide shortly after. This tragic event paved the way for Fenix to grow as an artist, as he utilized the power of music to express himself on his life experiences. “I’m a strong believer in fate and destiny. I think every one is put on this Earth for a reason” he states. “I wasn’t sure of my purpose in this world until I started recording music and putting my life in words for the world to hear. It allowed me to open up and express myself in ways that I previously struggled. That’s when recording music became more of a way of life for me, rather than a hobby”. With success in mind, Fenix attended college in Central, NJ and received his Bachelors degree in Business. He was the highest ranked Bachelors Degree recipient (#1) at his University and graduated with honors. Simultaneously, Fenix continued to record over 200 songs and has won various online music contests. “I want people to press play on one of my songs and never look back”, he says. “I know many people go through similar trials and tribulations in life with no way out. Whether it’s the loss of a loved one, a relationship issue, or something similar, I want to help because I’ve experienced it all”. He continues, “Nothing inspires me more than someone reaching out to me saying that I’ve made a difference for them”. Fenix is anxious for the world to hear his story. Youtube: http:///www.youtube.com/djfountain12 Facebook: http://www.Facebook.com/TheRealFenix Twitter: http://www.twitter.com/DJ_Fountain Instagram & Vine: @DJ_Fountain