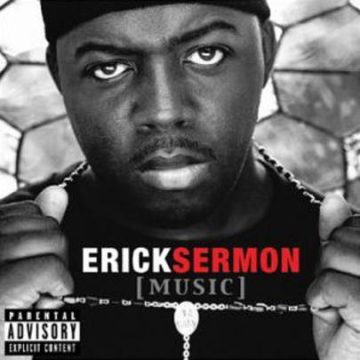 New York-native Erick Sermon is hip-hop artist and producer who, in addition to being a successful solo artist, is one half of the group EPMD and a member of the rap supergroup Def Squad. Sermon began his music career in 1986 when he and Parrish Smith (PMD) founded EPMD. The duo has released four studio-albums, and the first five of them certified Gold in the US. Sermon has also released six solo albums – the most recent of which was his 2004 project “Chilltown, New York”. Known more for his production (he is considered among the great hip-hop producers of all time) than rapping, Sermon has collaborated with many notable artists including 50 Cent, Eminem, Akon, AZ, Blackstreet, Busta Rhymes, Beyoncé, Jay-Z, Black Eyes Peas, LL Cool J, Method Man, Redman, Raekwon, Xzibit, Warren G, Too Short, and even former NBA superstar Shaquille O’Neal. Sermon suffered a heart attack in 2011 but recovered. He released a mixtape in 2012 called “Breath of Fresh Air”. Since the tape, the hip-hop veteran of more than 20 years has not announced any plans for an upcoming project.