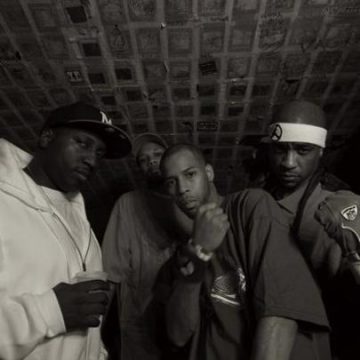 For those unfamiliar, eMC is a New York City hip-hop quartet consisting of members Masta Ace, Stricklin, Wordsworth and Punchline. They officially formed in 2005 after collaborating and touring together for four years. Throughout their career as a unit, they’ve released a studio album and collaborated with Little Brother, Sean Price, J!, ADI, Ladybug Mecca, Stickie Love, Money Harm, Nicolay, Ayatollah, Marco Polo, The ARE, Koolade, Quincy Tones, Frequency and more. After a six year hiatus, eMC reunited in early 2014, inking a record deal with Penalty Entertainment alongside Hi-Rez. They’re currently working on an EP that’s expected to drop in April, as well as a full-length follow-up to their acclaimed 2008 debut The Show, due out in the summer of 2014. Stay tuned.