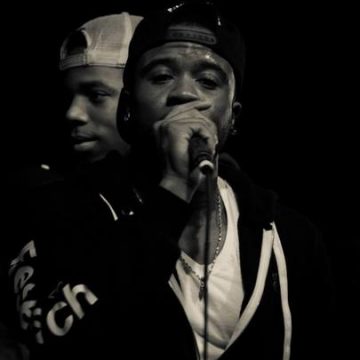 Duru Tha King is a rising emcee from Charlotte, North Carolina closely affiliated with Deniro Farrar’s burgeoning Cult Rap movement. Those of you who followed Deniro’s work throughout 2013 should remember his contribution to the cut “Social Status” as well as their collaborative singles “Dontrezz” and “Smoked Out”, the latter of which also featured Magic Tha Don. Duru describes his childhood as relatively normal but rough. Because of his mother’s addiction to drugs, he was raised by his grandmother, who instilled in him the importance of hard work through her ability to provide for him. Hip-hop became an outlet for Duru at a young age, and a means of escaping inner city life. The last we heard of him were the January 2014 singles “Planet High” (produced by Chased Davis) and “Salt Burn” (produced by Fameless). Also, he and Farrar opened for Nipsey Hussle during the Charlotte, North Carolina stop on his 2013-2014 Crenshaw Tour (26/01/2013). Duru’s currently working on his debut EP INDoor Plus, which is slated to drop in early 2014. The cycle of hate in his native Charlotte has inspired him to seriously pursue his goal of becoming successful in the rap game. Don’t sleep on this young lord.