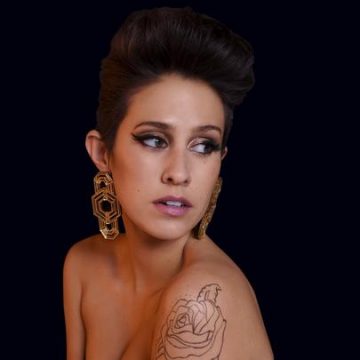 Dev is an emerging singer, rapper and songwriter out of Tracy, California who dabbles in EDM, House, Electro Pop and Hip-Hop. Since beginning her career in 2010, the Cataracts affiliate has released one studio album (The Night The Sun Came Up, 2001) and collaborated with the likes of Far East Movement, Bobby Brackins, The Pack, New Boyz, JLS, Laurent Wery, Swift K.I.D., Eric Saade, Static Revenger, Mia Martina, Jeremy, Timbaland, Girls’ Generation,  and more. The last we heard of Dev was the February 2014 single “Kiss It”, which was produced by Hit-Boy and Rey Reel with Casey Veggies on the assist (although it originally featured Sage The Gemini). She’s currently working on a new EP titled Bittersweet July, as well as a second studio album, both of which are slated to drop in 2014. Stay tuned.