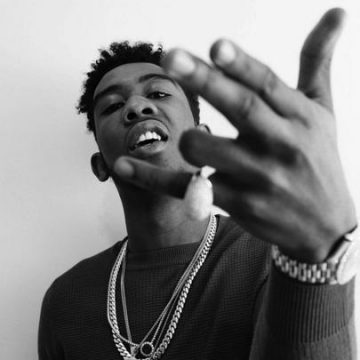 Since his smash hit “Panda” exceeded all expectations by catapulting to number one on the Billboard Hot 100, 19-year old rapper Desiigner has become one of the hottest up-and-comers in the game.Despite the enormous boost that Desiigner’s debut single received from his two features on Kanye’s blockbuster The Life of Pablo, the young Bed-Stuy spitter is no overnight success. Named after his highly respected blues-playing grandfather, Desiigner (nee Sidney Royel Selby III) has been perfecting his craft as a vocalist since his days as a little boy in his church choir. After surviving a gunshot wound at the age of 14, Selby slowed down in the streets and began pulling no punches in his pursuit of rap stardom.Desiigner is now officially signed with Kanye’s GOOD Music imprint, and with his debut LP The Life of Desiigner reportedly complete, all eyes are on Desiigner to see if the “Panda”-hit maker can keep his winning streak going.