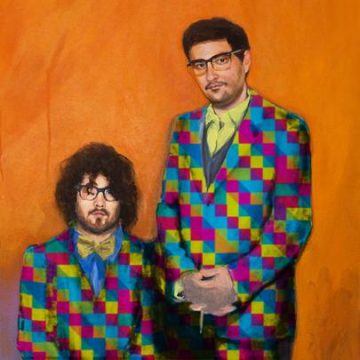 Dale Earnhardt Jr Jr are an eccentric “indie-pop” outfit hailing from Detroit, Michigan, consisting of frontmen Joshua Epstein and Daniel Zott as well as keyboardist Jon Visger and drummer Mike Higgins. Despite their labelling, they’re very much engaged in the rap game as well. Since forming like Voltron in 2009 and securing a record deal with Warner Bros., the group has released three EPs (Horse Power, My Love Is Easy: Remixes Pt. 1 and We Almost Lost Detroit) and two albums (It’s a Corporate World and The Speed of Things), having collaborated with the likes of Slim (of 112), Chuck Inglish, Asher Roth, MURS, Tunde Olaniran, Quelle Chris, Self Says, King Chip and more. The last we heard of them was the free project Produce Vol. 1, which dropped in early February 2014 and featured most of those mentioned above. Stay tuned for updates on their career, and hit up daleearnhardtjrjr.com for more details.