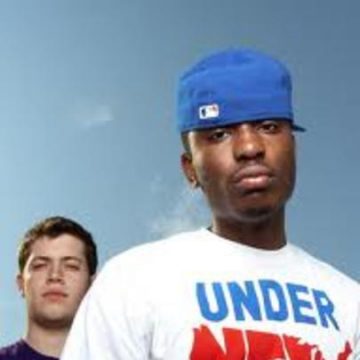 Most people know Chiddy Bang as the amiable, backpacker-friendly hip-hop duo from Philly, although as of 2013 we will now know of Chiddy Bang as a solo act. Chidera Anamege, known as Chiddy, will be stepping up as the sole artist behind Chiddy Bang while Noah Beresin, known as Xaphoon Jones, will be stepping out of Chiddy Bang to focus on his love of producing. Of course, Chiddy was the sole emcee anyhow, with Xaphoon Jones being the man behind the beats. Chiddy Bang is known for its bubbly, appeasing light sound, often sampling indie-pop/rock staples, such as Passion Pit and MGMT, making them an absolute mainstay on college campuses across both the US and UK. After a string of successful mixtapes and EP’s, Chiddy Bang released their first album, Breakfast, through Regal Recordings in 2012. While Chiddy Bang is entering a new phase as Chiddy’s solo act, Xaphoon (Noah) will still be active in the role of production. Chiddy Bang’s latest mixtape is called Baggage Claim.