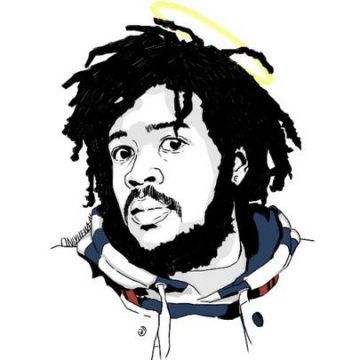 Only the good die young, and Capital STEEZ’s talent was beyond.Representing Flatbush to the fullest, the rapper born Courtney Dewar Jr. combined his tragic upbringing, tough neighborhood, and interest in ancient mysticism to write thought-provoking yet head-bangin rap songs. Beyond his lyrical skill, he was a business visionary, co-founding the Pro Era collective with best friend and conglomerate Joey Bada$$ after meeting at Edward R. Murrow High School in Brooklyn. The two rappers and their squad first taste of mainstream shine was their music video for “Survival Tactics,” with STEEZ rocking a panda mask, fucking people’s minds up with the nasty second verse. In April 2012, STEEZ released his debut mixtape AmeriKKKan Korruption to high acclaim.On December 23, 2012, less than nine months after releasing his first project, Dewar took his own life. His life has been honored by many in hip-hop, including his Pro Era partners in the form of the Steez Day Festival, an annual celebration of Capital STEEZ’s legacy. Fans are still waiting for King Capital, the Pro Era warrior’s posthumous LP. “Is there a heaven for us hip hop heathens?”