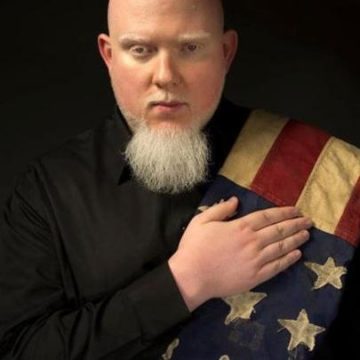 Among the more intriguing artists in the hip-hop industry is Wisconsin-native Brother Ali. He began his music career in 1998 and released his debut album “Rites of Passage” in 2000. To date he has released five studio albums and four EPs. He is best known for his 2007 singles “Truth Is” and “Uncle Sam Goddamn” off of his third album “The Undisputed Truth”.He is often labeled as an underground artist, and thus his list of artist collaborations is not as extensive as others, but he has collaborated with notable artists and producers including Slug, Chuck D, Freeway, Joell Ortiz, Stokley Wiliams, Jake One, Ant, and others. He has produced a lot of his own music, and has had much of his other music produced by Ant of Atmosphere and Jake One.In 2013, he released “Left in the Dock”, an EP produced by Jake One. He called the project some of his best rhyming. Brother Ali has yet to announce upcoming music, but has been working on a collaborative project with Freeway. Specifics have not been announced, but stay posted for any releases from Brother Ali.