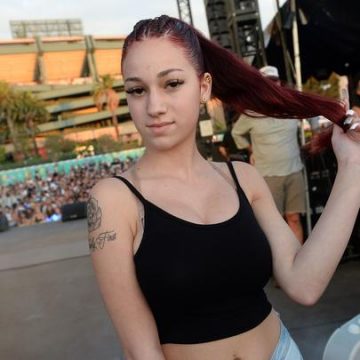 It’s not unusual anymore to see someone get famous off an internet meme, then try and leverage that fame into a music career. However, none of them has been the star of a meme that was bigger than Danielle Bregoli’s, aka the “Cash me Outside” girl. These days, however, Danielle prefers a new moniker: Bhad Bhabie. Following the huge reaction to her infamous appearance on the Dr Phil segment “I Want to Give Up My Car-Stealing, Knife-Wielding, Twerking 13-Year-Old Daughter Who Tried to Frame Me For A Crime”, Bhad Bhabie released her single “These Heaux” which debuted at number 77 on the Billboard chart, making her the youngest female rap artist to premiere on the chart. While she has yet to put out a full project, Bhad Bhabie is set to prove to everyone that she’s more than just an internet meme. Photo Credit: Scott Dudelson/Getty Images