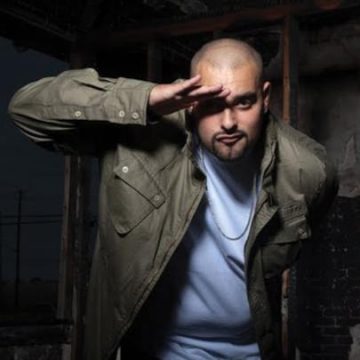 Berner is a stoner’s stoner in a gang full of stoners (Taylor Gang, that is). He’s an expert in the field, in fact, having cultivated his own COOKIES strain that has grown into a budding smoking accessory and lifestyle brand (which includes the 100% organic, hemp seed oil vitamin water HEMP2o). He also operates the Freshko clothing and lifestyle company with Wiz Khalifa and Al Freshko. Since self-releasing his debut album Dirty Sneakers: Plenty Ways To Get It in 2007 (with Equipto), the San Francisco native has gone on to release more than a dozen additional projects, both solo and collaborative, having worked with Chris Brown, Big K.R.I.T., Nipsey Hussle, Trae The Truth, DJ Mustard, The Jacka, Ampichino, Messy Marv, Keak Da Sneak, B-Legit, Killa Kyleon, Problem, San Quinnton, Curren$y, Goldtoes, his Taylor Gang family and more throughout his prolific career. Most recently, he accompanied Wiz, A$AP Rocky, Trinidad Jame$ and Joey Bada$$ on the Under The Influence Of Music Tour (2013), and released his latest mixtape, titled Drugstore Cowboy (also in 2013). Now go burn one down.