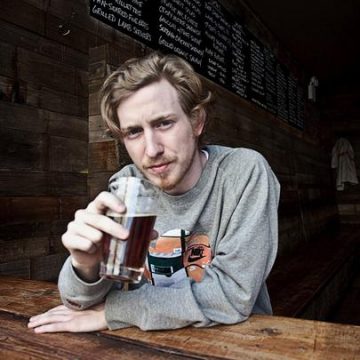 Asher Roth is a Caucasian rapper from suburban Philadelphia whose career took off after he released his hit “I Love College”, on which he, well, expressed his love for college.Known for his tricky rhyme schemes and clever lyricism, the steady flowing Ash Roth has been a staple in the rap game since “I Love College” in 2009. Since then, the 2009 XXL Freshman Class member has collaborated with the likes of CeeLo Green, Keri Hilson, Akon, Meek Mill, Curren$y, B.o.B., Charles Hamilton, Consequence, Pac Div, Devin the Dude, Mac Miller, The Cool Kids, Big Sean, 2 Chainz, Dom Kennedy, Smoke DZA, and Justin Bieber. He’s also worked on full projects with producers Nottz and Don Cannon.Most recently, Roth was dissed by Eminem on Marshall Mathers LP 2. Em mentioned Roth on “Asshole”, but Roth came away with no hard feelings, and rather said that he “…thought it was pretty amazing”. He also released the second instalment in his The GreenHouse Effect mixtape series, and is expected to drop his second studio-album Retro Hash in early 2014. Stay tuned.