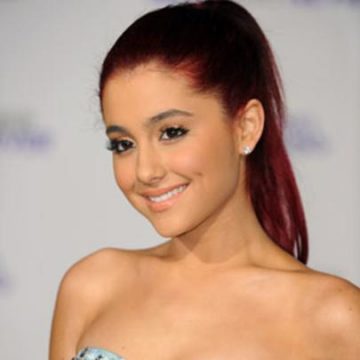 At just twenty years of age, singer and actress Ariana Grande has taken the music industry by storm with her smooth voice. The Boca-native and former Broadway-star entered the music scene in 2011 with her single “Put Your Hearts Up”, and in 2013 Grande released her debut studio-album “Yours Truly”, as well as a four-track EP titled “Christmas Kisses” just months after. The album reached number one on the iTunes Charts in more than 30 countries, and her single “The Way” featuring Mac Miller certified double platinum in the US. Over the course of her brief career, she has worked with artists including the aforementioned Mac Miller, Big Sean, Nathan Sykes, Liz Gillies, and Mika, and is sure to work with countless more in the years to come. The rising sensation found herself in the headlines during the 2014 Grammy Awards after she became upset on the Red Carpet when a blogger attacked the pop star via social media for the way she was dressed. In terms of music, though, Grande announced in 2014 that she had begun working on her second studio-album. There is no timetable for the release, but keep on the look out for details and releases from the talk of the music world.