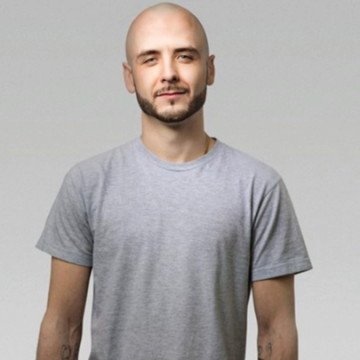 As Drizzy Drake Rogers’s right hand man, Noah “40” Shebib has helped craft the emotive R&B sound of today and tomorrow, an aesthetic that everyone in hip-hop is desperate to emulate. Mr. Aubrey Graham himself attests that there would be no Drake without 40, and as the co-founder of OVO Sound, there would also likely be no PND, Majid Jordan, or Roy Woods either.Born and raised on the 6ix Side, Shebib came up as a child actor, gaining early roles on the Goosebumps television series, and Kirsten Dunst’s classic film The Virgin Suicides. Several years after his switchover into music, 40 began working with Drake, initially playing the role of recording engineer and mixer, before gradually taking on a more creative role as producer. 40 has been intimately involved with every one of Drake’s albums, notably co-producing almost every song on Take Care, Drake’s Grammy-winning magnum opus. Although he is notoriously selective in terms of who he works with, 40 has produced songs for the likes of Lil Wayne, Beyonce, & Action Bronson.Although his partner-in-crime Drake is virtually apolitical, 40 takes pride in speaking up for charitable and political causes, vocally supporting such politicians as Bernie Sanders and Justin Trudeau, as well as lending his likeness to awareness campaigns regarding multiple sclerosis (a disease Shebib suffers from).