Just last week, Dover Street Market dropped a brand new Air Jordan 8 colorway, seemingly out of nowhere. Sneakerheads were excited about the shoe but since it was exclusive to just one store, it ended up selling out fairly quickly, and people weren’t able to get their hands on it. Well, it turns out that’s about to change as the shoe is going to be re-released this upcoming week.

The official images have been revealed and as you can see, the shoe has a white and silver base, while blue and reddish-pink straps are draped across the upper. There are yellowish highlights near the midsole and all three of these colors come together on the tongue logo which also features the Jumpman insignia. These are some pretty flashy kicks so if you’re into more lowkey fashion, you’ll probably want to avoid these. If you’re trying to stand out on the court this season, then these are a must-cop.

According to Sneaker News, these will be dropped on Wednesday, September 18th for $225 USD. Let us know in the comments below if you plan on copping these. 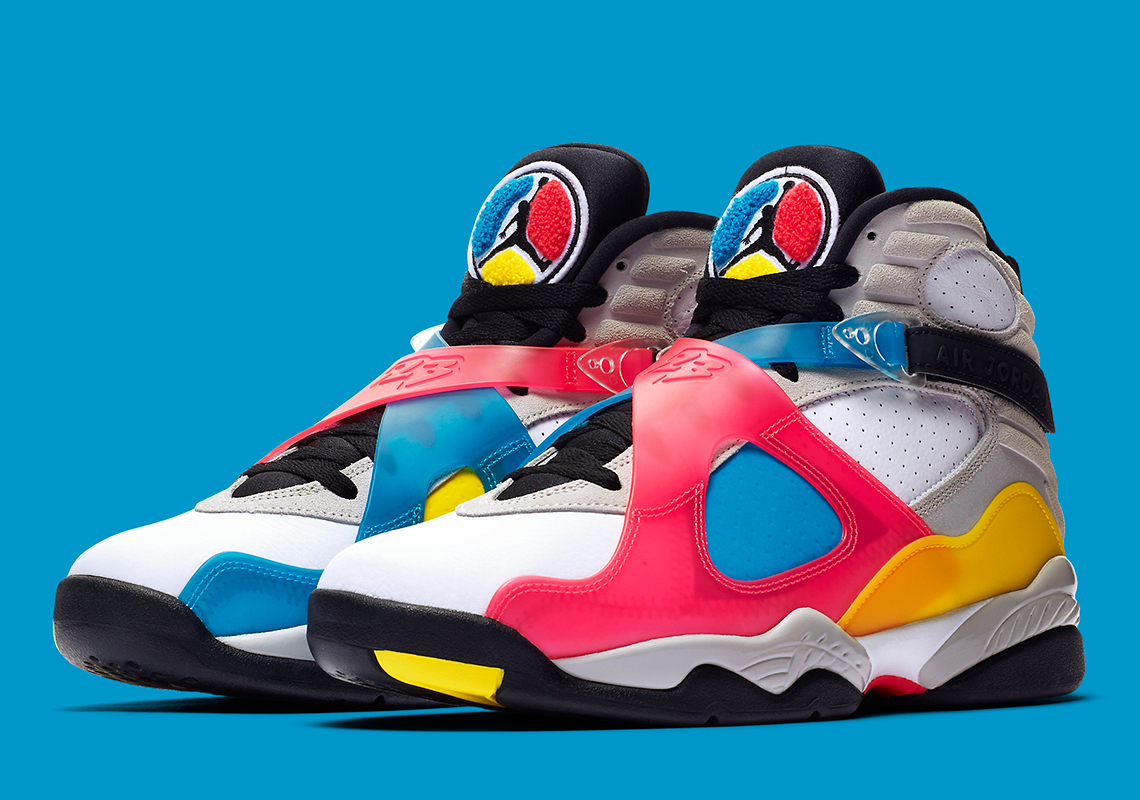 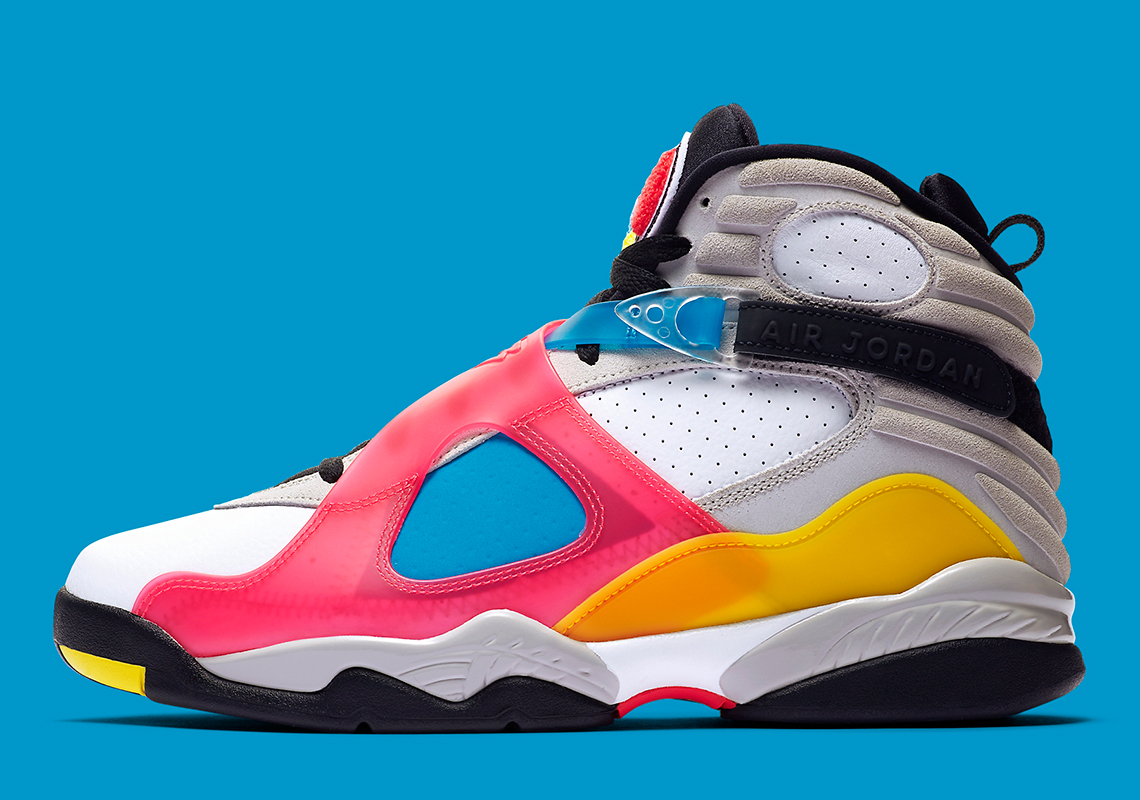